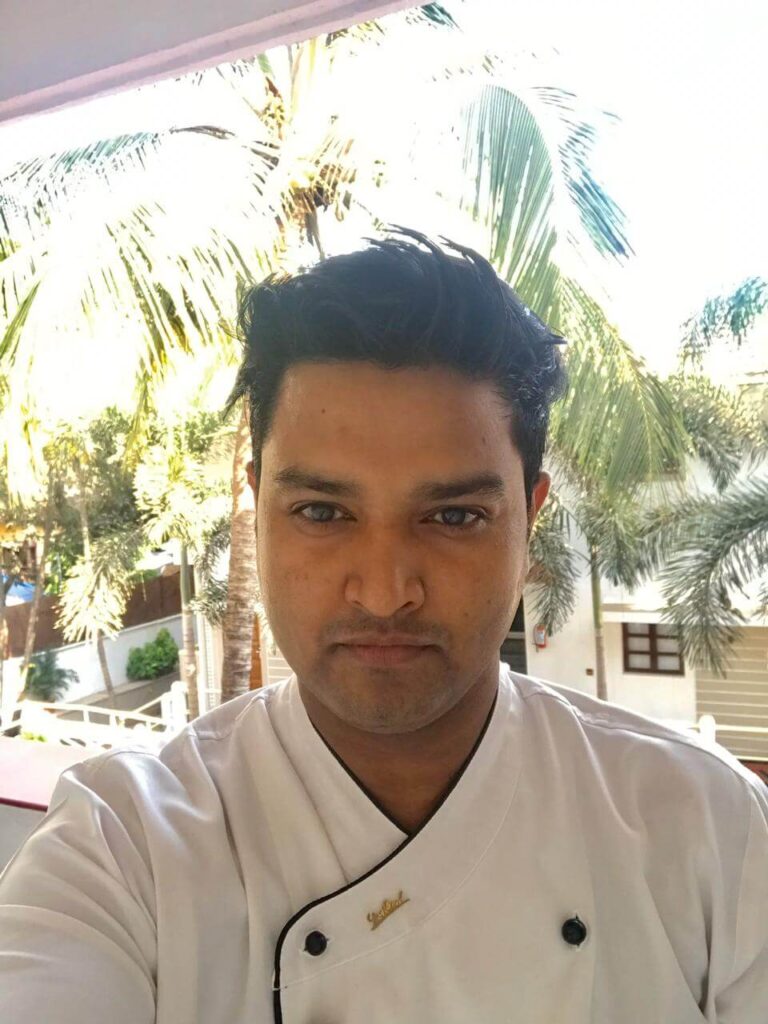 Our Ex. Chef Leon Pereira chose the profession where his heart was, creating magic for the palate. His accomplishments in his 12 years of career not only set a high standard for his contemporaries in the F&B industry, but also set a good example for budding chefs who look up to this profession with a passion to be the best.

Talking about his career span he started his career in the F&B industry in 2009, with the Taj, Fort Aguada and worked there for a year. Then he moved to The Lalit Intercontinental as a Management Trainee where he worked for a good 5 year’s time and rose to the designation of a Sous Chef. From there he moved on to Radisson Blu in South Goa. He owned his skills there with Chef Mahesh who was also his mentor. He grew to an Executive Sous Chef. He has also worked under several Michelin Star chefs, so got an international exposure with international cuisine especially Peruvian cuisine which is a South American cuisine.

Both of his parents who have worked in the hotel industry throughout their life have inspired our Ex Chef Leon Pereira to choose this difficult but interesting field of hospitality industry. His great grandfather was the Head Barman for The Taj Palace, Mumbai and his grandfather was also associated with The Taj, Fort Aguada in Goa. His mother was also an Executive House keeper and had worked in Radisson Blu in the early years of her career.

To the readers and youngsters, Mr. Leon says they should move ahead with a little bit of hard work and a little bit of smart work. They should dream big in life to reach the zenith of success. The challenges faced by the chef can be dealt with some common sense and experience and make their journey towards excellence instead of making it a struggle. Every budding hospitality aspirant should be clear about their basics such as your competence, an eye for details and the right attitude.

The key secret to success is having a dream and determination to achieve that. The basic mistakes done by the chefs are applying short cuts in term of technicality. There are no short cuts to success. When asked about what are the three major problems faced by the chef nowadays, Chef Leon gave a prompt reply of man power, man power and man power. His belief is that the People work for people in any organisation. They work for the people and not for the company. This is the ideology he follows.

According to Chef Leon the changes that can be brought in the IIHM course to make it more worthy would be adding the career counselling as this field is not for the faint hearted. To make a mark into the culinary history, promoting and uplifting the local cuisine and giving its due respect is the requisite of the current times. In order to enhance the guest appearance, the services in the hospitality industry are ever evolving. We just need to keep updating and meet up with the perceptions of the guests. We need to be in trend with the global scenario of the culinary arts. 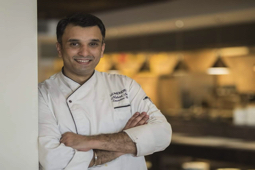 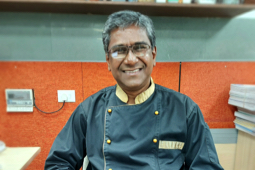