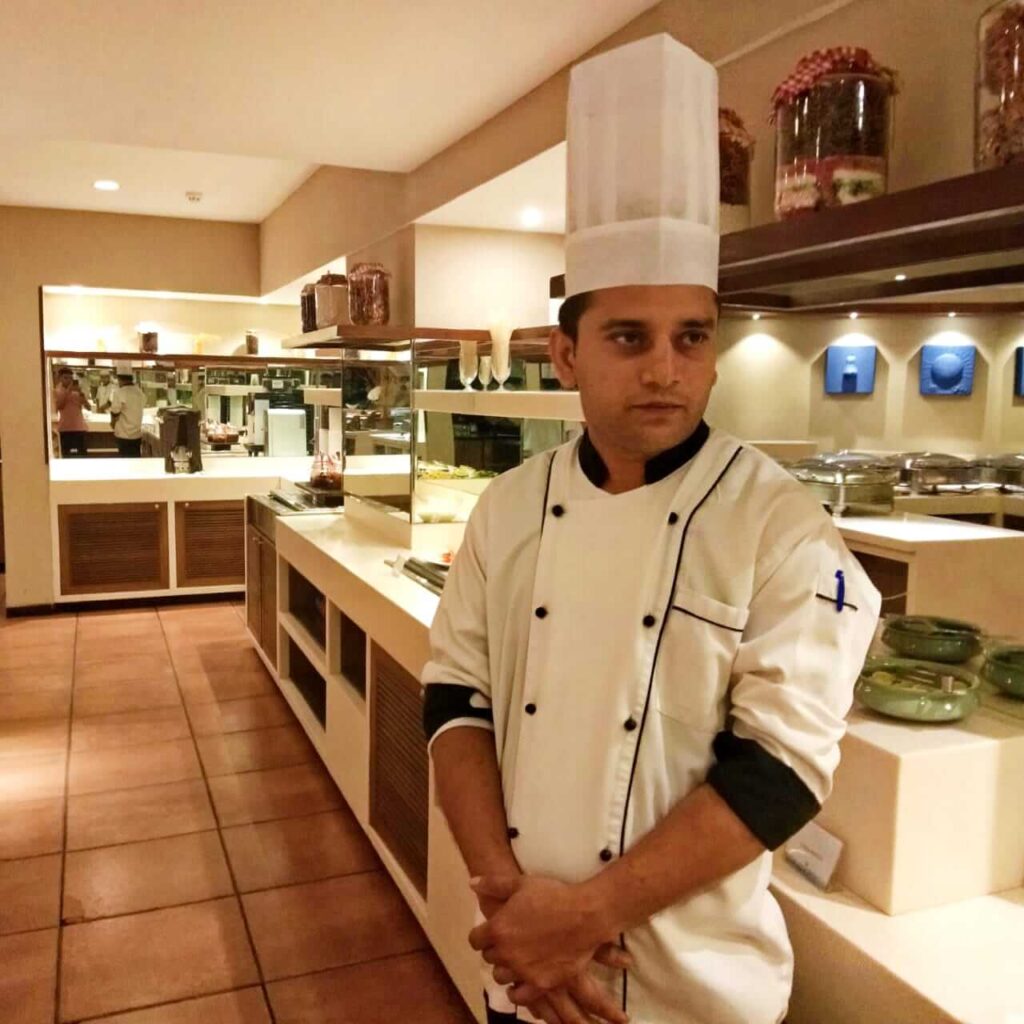 Mr. Sudhanshu Shekhar hails from a small town, Mirzapur in Uttar Pradesh and has completed almost a decade in the Hospitality industry. Currently, he is the Senior Chef at Kenilworth Beach Resort and Spa, Goa.

In order to fulfill his dream of becoming a chef, after his graduation in Psychology, he completed his Hotel Management from IHM, Amity University Lucknow. He learned a lot about hospitality during his education and completed working for 4 years in Lucknow. Later he moved to Goa.

At 34 years of age, he expressed that he has never regretted his decision to join the hospitality industry. His father wished for him to join a government job in the Railway. He even qualified for it. But he chose a different path for himself. The core principle that he follows in his work ethics is “You should make your own rules and you should follow them religiously”.

He promptly threw light on the pros and cons of doing a job in private sector. He does not mix his personal and professional life and never encourages his team to carry their work home so that they can give time to their families. He wanted a job which confined the workload only during office hours so that he could give time to his family. He got really fascinated by the job of a chef.

By God’s grace, Mr. Sudhanshu had the Midas touch to his hand which turned every single dish into a delicacy. The job of a Chef has its own challenges such as 12 hours standing, no fixed lunch hour timings etc. Mr. Sudhanshu ironically found the job of a chef easier than any other private job where there is no work life balance. He aspires to be a celebrity chef in the corporate world and have the honor of inaugurating hotels and restaurants.

His advice the young professionals looking to make a career as a chef is, “Be very clear about what you are selecting as a profession. This job does not allow you to sit at one place and work. Working in a kitchen for a 12-hour shift can be tedious but I enjoy every bit it. In the initial 4-5 years you should be very observant and should not ignore even the smallest detail. Later with experience you learn patience, endurance, discipline and consistency which are the key skills to become a successful chef.

While speaking the daily obstacles faced by a chef, he expressed that at times a chef may get an order for 25 dishes which they need to manage by being efficient. In times when chefs are free with no major work load, they need to utilize this spare time to enhance their culinary skills. Working in a team helps to see many options of doing the same task as all chefs have their specific style of working.

It is the key responsibility of a chef to prepare the dish and he needs to be cautious till the moment it reaches the guest. He says, “Any food you prepare, you have to see in which plate it is served and at what temperature that plate was cleaned, whether the cloth with which it was wiped was properly steamed and sanitized or not.”

He shared that every day there are new recipes that are coming up but there is no such process of getting new recipes. Innovation comes instantly and requires thinking out of the box. According to Mr. Sudhanshu, you can make a simple dosa innovative by using Thai masala fillings, Wasabi spread, etc. The point is that you should let your mind think the new flavors that are possible. The eminence of the dish lies in its taste; if it tastes good people will like it and the person who doesn’t eat good food himself will never be able to prepare good food for his guests.

All the sensory reflexes of a chef should be very vigilant as you are accountable for any food hazard. The common mistake made by young chefs is that they lose patience. A chef should have good leadership skills as well.

His best way of learning about new trends in cooking and new recipes is by watching the videos. Then he adds his own innovation to it. His signature dish would be Sushi and Sashimi. He emphasized on the basics of the Japanese cuisines saying that in Sushi raw fish is used, so it might not be advisable for all.
He expressed that cooking is a sort of science where the process of how the food is cooked matters the most. He believes that when a guest is welcomed by the chef, in the hotel lobby, it creates an impact and works wonders for the hotel reputation. 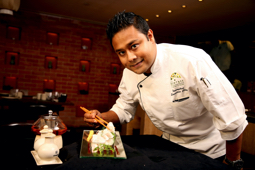 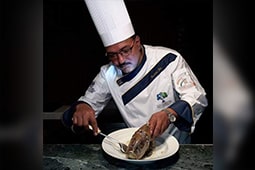