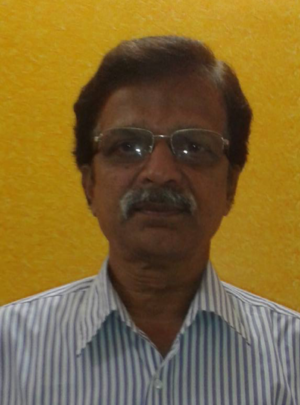 Born and brought up in Goa, Mr. Shinde began his professional career in Mumbai. Upon completing his graduation in Goa followed by MA in Economics at the Mumbai University, he got his first job as a Store Assistant, that is, as a Material Assistant in Taj Mumbai.While working with Taj completed part time Diploma In Hotel Management . From there he grew up in the industry. During his 10 years in Mumbai he worked in two companies, one was Taj and the other was McDowell and co.Ltd. (Fast Food Division). which is a liquor company.

Subsequently, he shifted to Goa for his family and continued his career here. His first job in Goa was in Dona Sylvia in 1990. It was from the Projects Stage. There he continued till 1997 however due to some unrest in the company he had to leave. Subsequently he joined Majorda Beach Resort as a Purchase Manager for one and half to two years. Following that he joined Kenilworth Beach Resort again at project stage. After Kenilworth was taken over by a Calcutta company, he continued there for about 4 years heading the purchase department.

After Kenilworth he moved to Ramada in South Goa which is now Caravela Beach Resort. He worked in the Hotel as well the flight kitchen. Then from Ramada he was referred back to Kenilworth as the owners wanted him to join the company again so he continued there till he retired which was at the age of 58. But then he got a two years further extension as a consultant and he continued at Kenilworth till the age of 60.

Post that he took a break of about 3-4 months because he thought that it was high time to get one but somehow he could not and joined Park Regis as a consultant. Mr. Mario the owner & the proprietor of Ave Miriam Hospitality requested him to set up the entire Materials Department, stores as well as purchase at Park Regis. After setting up the place it was sold to a different company wherein he got an offer from Deltin Group for better prospects and that is how he started here.

He keeps himself updated with the latest launches through the use of internet, news and magazines & visits to Trade Exhibitions. Also he gets updates from his vendors who call and inform him. But basically the internet is a major updater.

While shortlisting vendors, apart from the price factor, Mr. Shinde looks for reliability of the vendor in the market, the trust factor and then the quality of the product. The brands of course get approved by the concerned Operations heads of the departments and then subsequently negotiate on the prices.

By far he cannot recollect any failures as such however there were many hiccups here and there.Mr. Shinde tells us of one such difficult time during his career.

It happened that once, that while he was a part of Ramada, there was a total strike in the government PWD Department. There was a shortage of water and the hotel was full. He had a tremendous amount of pressure during those days he had to depend upon tankers to supply sufficient water in throughout the hotel. They required not 1 or 2 but almost 70 to 80 tankers in a day. Due the good relation with the vendors and support from engineering and finance department he and his team managed to handle this situation.

He believes that it is a challenging part to get the correct vendors and more importantly get the vendors and the operational departments to understand each other.

He loves his work. Enjoys every bit of it. It does not matter to him how it benefits him. Whatever work he is handed over he enjoys it and makes sure that it done in the best way.

He believes that the management needs to support the upcoming employees, whoever want to be in the industry by giving them proper on the job training, respect whatever background they have and encourage them so that they do not feel side lined. But above anything else support for training is the most important.

Even though he does not directly interact with the guests, he gets the guests feedback from the operational department and FNB. If there is any feedback regarding the food items or products his team works on improving the same and strive always to improve the quality of their product or service.

By cost control and mainly by negotiating a better price with the vendors without compromising on the quality, Mr. Shinde contributes to the revenue of his hotel. He also looks for alternate source to complement the products.

In order to maintain and retain his vendors he always tries to develop the relationships with them so that he does not get into a difficulty with respect to the financial situation. They also have a meeting with the vendors to see if they have any issues related to payment and resolve them as far as possible.

To some extent he prefers the central purchase but for the day to day operations he prefers to have Local Authority.

Advice to youngsters: The youngsters in this industry or planning to get into this industry should have their aim in mind, what they want to do and concentrate on that and achieve it by way of education or training. They should not give up. Once you set your direction, you need to move in that direction and try to achieve that, work hard for that and that is how Mr. Shinde believes they will succeed. 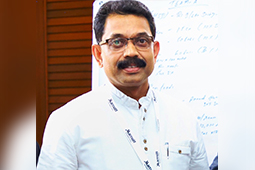 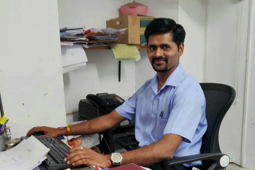 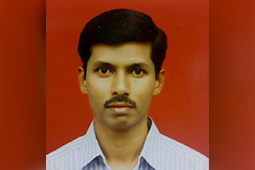